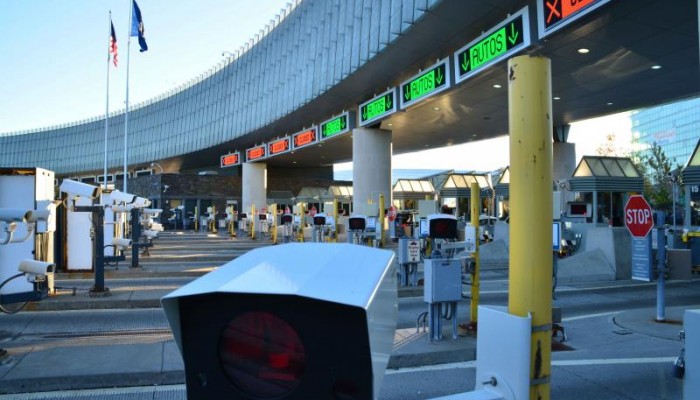 CBP in Buffalo made an enormous seizure of cash just 2 days ago. The cash seizure was made when CBP stopped a man who claimed he was traveling from Massachusetts to Mississauga, Canada to deliver some copper wire. During the encounter, a dog alerted to drugs and CBP officers then found a bag with $207,500 in it.

The man is not named so it would appear at this point he has not been criminally charged. Generally, when people are criminal charged CBP publishes their names. If they are not criminally charged, the person remains anonymous in stories like this. And there is no mention of an arrest.

This is a BIG seizure for CBP in Buffalo. For instance, in 2017 Buffalo CBP officers seized a TOTAL of $144,733. This seizure alone exceeds the the TOTAL cash seized in 20171

On July 15, CBP officers inspected a tractor trailer during an outbound inspection that was driven by a 28-year-old male who is a citizen of Canada. The driver claimed he was transporting a shipment of copper wire that he was hauling from Massachusetts and destined to Mississauga, Ontario. During questioning, the driver claimed to be traveling with $300 in U.S. currency. A CBP K9 alerted to the presence of narcotics during an inspection of the cab portion of the truck. A further inspection revealed a plastic shopping bag that contained multiple bundles of U.S. currency in ten large vacuum sealed bags. Subsequently, the currency was inventoried and determined to be a total of $207,500.

“Our CBP officers remain focused on enforcement amidst the continued border restrictions,” said Port Director Jennifer De La O. “They identified an individual and conveyance that needed further inspection, they coordinated with our partners at Homeland Security Investigations (HSI) and they ensured that this criminal activity was disrupted.”

Has CBP Buffalo seized your cash?

If Buffalo CBP seized your cash, we urge you to call us for a consultation before considering doing it yourself. You probably will not be happy with the outcome if you do, based on their’ aggressive posture in most cases. Read our trusted customs money seizure legal guide (or watch the videos) and can contact us for a free currency seizure consultation by clicking the contact buttons on this page.