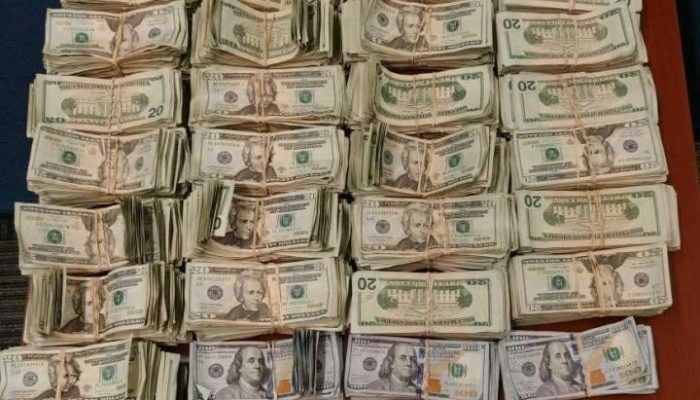 CBP officers in Laredo discovered and seized $140,000 cash hidden in the suitcase of a 26 year-old Mexican national who was leaving the United States for Mexico. In this case (unlike most of my cash seizure clients), the individual was arrested.

Although every failure to report cash is itself a criminal offense, it is very rare overall that someone is arrested and criminally charged for a failure to report. In my estimation, if suspects you are up to some criminal activity beyond the failure to report or smuggle cash (i.e., using it to buy/sell drugs), then you are far more likely to be arrested.

And again, why does every US-Mexico border story tell us what kind of vehicle was involved? Not relevant, and a little weird, but it was a 2014 Volvo bus.

The enforcement action occurred on Saturday, February 13th, when officers assigned to outbound operations selected a 2014 Volvo bus traveling to Mexico for inspection. A 26-year-old male Mexican citizen passenger was referred for a secondary examination. Upon physical inspection of the subject’s personal belongings, packages containing $140,750 in undeclared currency were discovered.

The currency was seized by CBP. The subject was arrested and the case was turned over to U.S. Immigration and Customs Enforcement-Homeland Security Investigations (ICE-HSI) special agents for further investigation.

Has Laredo CBP seized your money?

Has Laredo CBP seized your money? If so, we can help. Read our helpful customs money seizure legal guide (or watch the videos) and contact us for a free currency seizure consultation by clicking the contact buttons on this page.