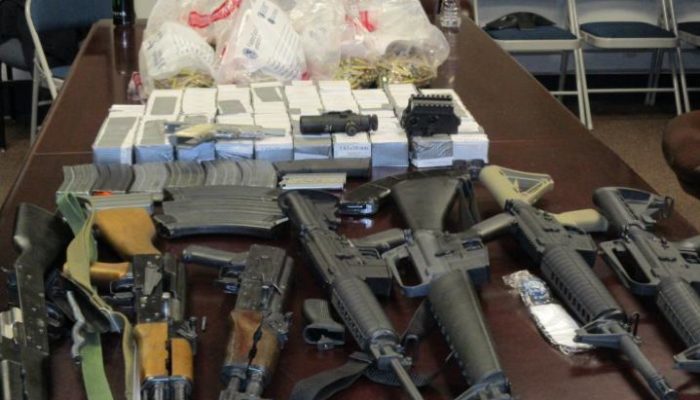 Guns, money, and and lawyers; the first two items are what this disjointed story from CBP is about, and the last is what the 3 people involved in this cash and firearm seizures by CBP will need. Customs seized $20,000 outbound to Mexico which resulted in an arrest, another $38,000 that probably (but not certainly resulted in an arrest), and a a cache of guns and ammo.

It reminds me of the song, “Lawyers, Guns & Money” (the Hank Williams, Jr. cover of the song is a bit more lively…. ). The total amount seized by U.S. Customs & Border Protection was $58,000 cash. Anyway, here’s the story from CBP:

Officers referred a 27-year-old Mexican man for a further search of his Dodge sedan Tuesday night and found more than $20,000 in unreported U.S. currency within the vehicle’s center console. This is the second unreported currency seizure this week.

On March 11, Lukeville officers prevented $38,000 from being smuggled into Mexico.

At about the same time, officers referred a 43-year-old Mexican woman for a secondary inspection of the Dodge truck she was driving. That search turned up multiple firearms and associated accessories to include several assault rifles, a handgun, multiple ammunition magazines, two weapon scopes and approximately 6,000 rounds of ammunition.