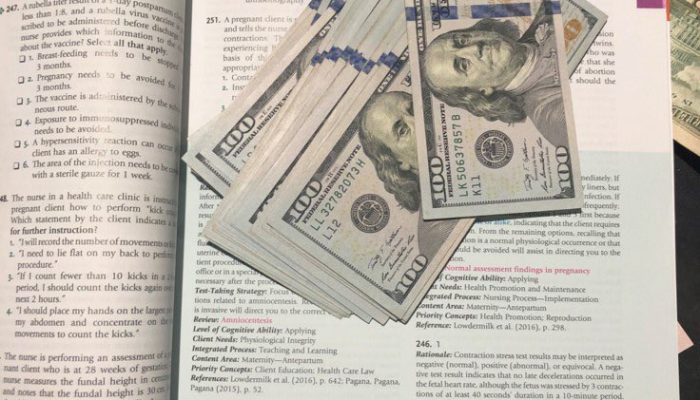 Detroit Metro Airport is a hotbed for traveler’s who are bringing cash into or out of the country. Very frequently, these travelers do not properly report having more than $10,000. Yesterday, the Director of Field Operations for Detroit CBP tweeted about a cash seizure that was not publicized in a news release (but should have been!).

The tweet, which you can see below, is rich in images. Apparently, a woman was trying to get about $42,000 to the Philippines but said she was only carrying $5,000. That, alone, is a reason for seizing the money — it is a violation of the currency reporting requirements, otherwise known as a failure to report cash.

But more problematic is where the money was found once officers decided she was not being truthful and decided to conduct a currency verification. The money was “concealed in books & clothes,” which is going to allow CBP to infer an intent to conceal the money from CBP when it is combined with her statement that she only had $5,000. Of course, the money was seized by CBP at Detroit airport.

Last week, @CBP Officers at @DTWeetin encountered a passenger going to the Philippines. Stated she was carrying $5k. After an exam of her belongings, officers found over $42k💵 concealed in books & clothes. Learn about CBP currency reporting requirements ☞https://t.co/XxJfGEj12K pic.twitter.com/64QqW2nDOI

Now, in my experience, the woman will probably have an innocent explanation for why she had the money hidden in books and clothes. Usually, there are justified fears of having the money stolen when traveling internationally, especially with lay-overs, and long flights. The penalties for bulk cash smuggling can be steep.