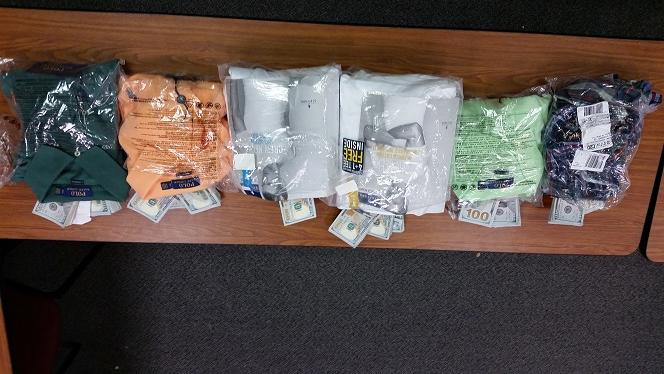 Finally, a customs cash seizure in Chicago has made the news! This story involved over $100,000 being taken out of the country and into Jordan. The story states that at least part of the $107,360 was concealed in “several sealed shirt bags” which then prompted the individual to declare $107,000. Our Chicago office sees a few cash seizure cases each year.

Interestingly, the story states that it was seized because the passenger “failed to properly report” the cash — but they do not state that it was seized for bulk cash smuggling. Based on the explanation in the story, I would expect it to also be seized for bulk cash smuggling violations — which could mean a loss of 50% of the money by the individual even if they can prove it came from a legitimate source and had a legitimate intended use.

CHICAGO—On April 11, 2018, U.S. Customs and Border Protection (CBP) Officers assigned to O’Hare International Airport intercepted one male subject concealing $107,360 during an Outbound Enforcement Operation.The passenger was traveling alone on his way to Jordan. When asked, the passenger gave a currency declaration for monetary instruments in the amount of $20,000. However, during inspection of the subject’s carryon baggage, several sealed shirt bags were found and inspected revealing numerous bundles of $100 bills. When CBP Officers found the concealed currency, the subject stated he actually had $107,000.

CBP seized the money because the passenger failed to properly report he was traveling outside of the United States with more than $10,000 as required by 31 USC § 5316.

Has CBP Chicago Seized Your Cash?

If CBP Chicago seized your cash at Chicago O’Hare Airport or Midway airport, you should give us a call for a free currency seizure consultation and make use of our free customs cash seizure legal guide.