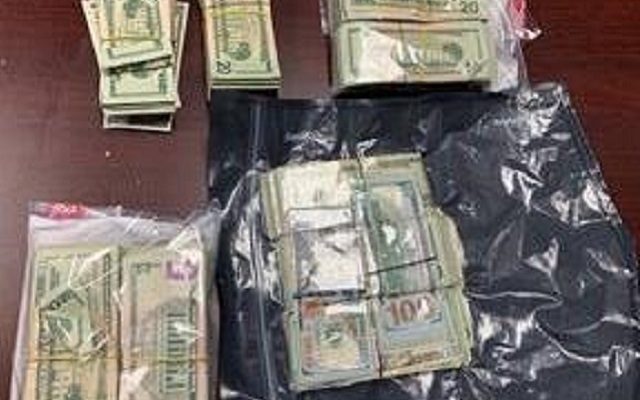 Though money seizures from traveler’s have slowed at the nation’s airports due to the pandemic, such is not the case at our nation’s land-borders, especially with Mexico. As an example, today we bring our customs law blog’s audience Customs seizure of $45,000 in unreported cash heading to Mexico about a month ago. The story was also picked up by Breitbart (why this run-of-the-mill seizure merited their attention I can only guess).

In this case, not only the currency was seized, but also the vehicle. The people involved were not arrested, however. The seizure of the vehicle might mean that they suspect more was going on than just some people traveling with cash that they did not want to report; it could also be seized because it is what the cash was smuggled inside of… that is called bulk cash smuggling.

On Friday, April 11, officers assigned to outbound operations referred a 2020 Toyota Avalon traveling to Mexico for examination. Upon physical inspection of the vehicle and subject’s personal belongings, packages containing $45,157 of undeclared currency were discovered. The vehicle and currency were seized by CBP.

The vehicle was seized and the case was turned over to U.S. Immigration and Customs Enforcement-Homeland Security Investigations (ICE-HSI) special agents for further investigation.

Has Laredo CBP seized your cash?

If CBP in Laredo has seized your cash, you need a lawyer. Read our trusted customs money seizure legal guide and can contact us for a free currency seizure consultation by clicking the contact buttons on this page.